(TFC) –Despite efforts from Afghanistan, Pakistan, China and the United States, the Taliban continues to reject peace talk offers. As a result, the United States has been throwing around a plan involving offensive airstrikes. But with Afghanistan’s second largest resistance group, Hizb-e-Islami Afghanistan (HIA), agreeing to come to the table, things may not be so cut-and-dry.

For months now, the Taliban has been urged to come to the table for peace talks. Which the group has continuously refused to do unless certain demands are met. (including a removal of foreign forces in Afghanistan as well as eliminating black-lists and freeing Taliban members).  In fact just last week the Taliban took responsibility for an attack in Helmand at a police headquarters and government office.  The Taliban is currently classified as an “insurgent” force in Afghanistan– it is also the country’s largest resistance group. However, the Taliban is gaining territory: currently holding more territory right now than at any point since 2001. As a former government and now a strong resistance group, it is unlikely the Taliban will be enticed by peace talks or bow to military pressure anytime soon.

United States officials are at odds over the situation. General John F Campbell recently forwarded a proposal (without the approval of senior official Ashton Carter) to the White House recommending an air campaign against the Taliban in Afghanistan. Spring and summer are expected to be particularly violent this year in Afghanistan. Ashton Carter plans to continue support for the Afghan security forces claiming an airstrike campaign is not necessary at this point nor has enough analysis been done to warrant one. General John Campbell seems to prefer taking the drastic approach. Considering that the Taliban finds refuge in some Pakistani tribal areas, it is unlikely airstrikes in Afghanistan will prove effective in the long run. 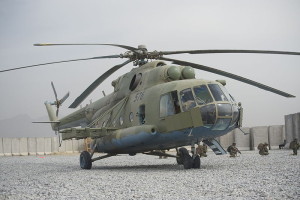 Until now, Pakistan has been a key negotiator for peace talks. The United States, China, and Afghanistan (Quadrilateral Coordination Group) have relied on Pakistan to put pressure on the Taliban– with no luck. Pakistani officials have threatened to kick the Taliban out of bases in Pakistan, which didn’t seem to bother the insurgent group: they have been gaining territory and rushing back into Afghanistan anyways to prepare for springtime fighting.

Yesterday however, after all efforts for peace talks were thought to be exhausted, Hizb-e-Islami Afghanistan (HIA) came to the table. HIA– Afghanistan’s second largest insurgent group and Taliban ally, is the QCG’s latest bargaining chip and probably also their last hope. Expert analysts are not so optimistic. And rightfully so: by sticking to their demands and continuing offensive attacks, the Taliban is clearly not open to any negotiations.

So what are we looking at for this summer? One possibility is an increase in Afghan security support and combat troops. Another possibility is a United States airstrike campaign in Afghanistan. The former likely leading to the latter. Pakistan will have to increase it’s security as well. Violence in Afghanistan tends to push the Taliban back into Pakistan’s tribal areas. With Chinese investment in Pakistan, security is likely to be a top concern. Either way, the situation is still extremely bleak at this point and peace talks are likely to fail. One thing everyone seems to agree on (including the Taliban) is that this spring and summer will shape out to be messy and violent in Afghanistan.

If you like the independent news we provide, please consider donating to the author’s Pay Pal. Never expected, always appreciated.

Owner and editor of Geopolitics Alert, Randi Nord is a US-based geopolitical analyst and content strategist. She covers US imperialism with a special focus on Yemen, Iran, and Lebanon. She has participated in the UNHRC as a guest of NGOs and speaks at anti-war events.

This website uses cookies to improve your experience while you navigate through the website. Out of these, the cookies that are categorized as necessary are stored on your browser as they are essential for the working of basic functionalities of the website. We also use third-party cookies that help us analyze and understand how you use this website. These cookies will be stored in your browser only with your consent. You also have the option to opt-out of these cookies. But opting out of some of these cookies may affect your browsing experience.
Necessary Always Enabled

Any cookies that may not be particularly necessary for the website to function and is used specifically to collect user personal data via analytics, ads, other embedded contents are termed as non-necessary cookies. It is mandatory to procure user consent prior to running these cookies on your website.